Do you know the difference?

We’ll go into detail here in a bit. But if you’re in a rush, for example, your friend is currently on “Who Wants to Be a Millionaire?” and they just phoned you and they just need to know the answer NOW. Pruning is typically done for the tree’s health and trimming is for its aesthetic, and clean appearance. Still confused, down below are the details we were talking about earlier. 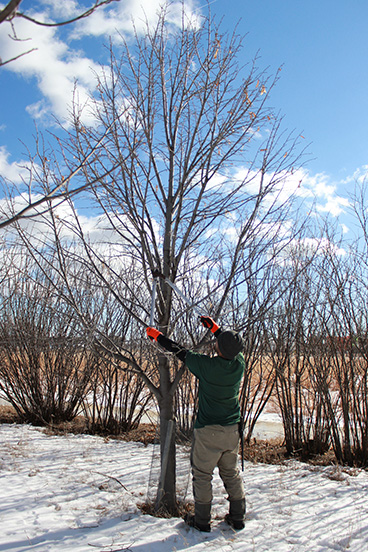 Pruning is crucial for the health of the tree, shrub, or hedge. It is the process of addressing the 4 D’s, by removing any diseased, damaged, dead or dying parts of the plant to keep them healthy and to stop the damage from spreading. As we stated earlier, pruning is primarily done for health reasons and it typically is recommended to be done every two or three years for deciduous trees. (These are oaks, maples, and beeches. It is a tree that loses its leaves in the fall every year.)

If pruning is done incorrectly, the plant’s growth may be stunted. Poor pruning can encourage pests and disease and cause the plant to die.

When should it be done?

It depends on its dormant season. For most trees, it’s during the winter months, but evergreens are typically in the summer. Spring-flowering trees are usually pruned after the blooming cycle, toward the middle of summer. But it all depends on its classification and what it’s considered to be.

Trimming is removing excess overgrowth on your trees, shrubs, and hedges to maintain their condition. This is typically done when cutting it into a specific shape or just trying to keep it a specific size.

When should it be done?

The frequency of trimming depends on how fast a tree grows and the climate conditions in which it is growing. In our area, it is typically done mid-summer. 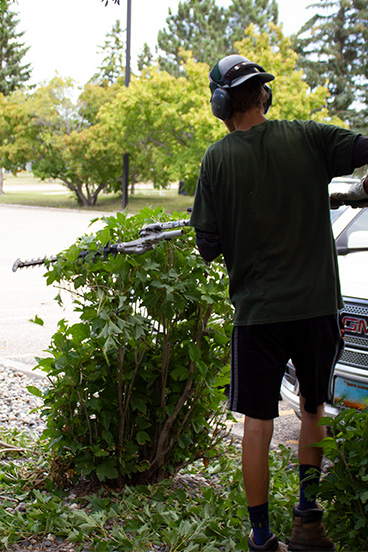 Pruning is more selective, removing specific branches that are damaged or unhealthy. Trimming on the other hand is to give your trees, shrubs, and hedges a neat appearance.

If you are still having trouble deciding what needs to be done to your trees, shrubs, or hedges. Give the team at All Terrain a call. We have a handful of ISA Certified Arborists on our team that know when and how to trim and prune your plants.