As you might’ve gathered, we’re a lawn maintenance company based out of Fargo, ND. But what’s our deal exactly? We’re a pretty cool group of people, ngl (It means “not gonna lie” in case you were about to Google it). We have a staff made up of full-time year-round employees as well as seasonal part-time employees.

Like we said our team is cool, we like to solve escape rooms, golfing is big around here (so is baseball) and there’s a petition in the office for us to host a company-wide talent show. We also hold our own fantasy football leagues, March Madness brackets, and weekly pick ’ems for those that want in on the fun without the full commitment of managing a fantasy team.

Then to top it off, we all know how to appreciate a green lawn when we see one. How neat is that? You could say it’s just as neat as our green striped lines.

Do you like what you hear? Join our team. The grass IS greener at All Terrain.

It all started in 1991 when Ryan was looking for a flexible job where he would be able to work around practices and games. Ryan’s stepfather bought him his first lawn mower and snow blower. Ryan went around the neighborhood and handed out flyers that advertised mowing, with the help of his awesome flyers (created by his brother), Ryan had just landed his first five mowing accounts, and as time went on those 5 became 20 accounts. A couple of days a week, Ryan also worked for a company called All Terrain. In 1999, Ryan and his wife purchased All Terrain combining its 30 accounts with Ryan’s 20 accounts.

Initially, All Terrain only offered mowing and snow removal services. However, Ryan saw that all his customers were wanting a full-service experience. All Terrain soon added weed control and fertilizer services, and later on shrub trimming, edging, and irrigation services. Then lastly added weed abatement, landscape planting projects, and online account management all while delivering our quality service to our customers. As we’ve continued to grow, All Terrain has invested in learning the science behind why we do the things we do. Our team has taken the time to become ISA Certified Arborists, Master Gardeners, NDSU Pro Horticulturists, and certified irrigation technicians for RainBird and Hunter Industries systems. We know what to do and understand why it’s done the way it is.

We know who we are and what we stand for. Every decision we make has to support our four core values and it all boils down to providing our customers with the kind of service that makes them proud to say they’ve been with us since the beginning of time, also known as 1991. 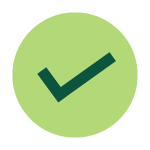 We’ll always be real with you. Nothing else matters without a foundation of trust, and to us, it all starts with being real. There’s no hype, overselling, or empty promises. 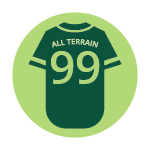 As our most important asset, we invest in their growth and development as team members and as individuals. 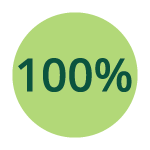 From call to complete, we strive to make the customer experience the best in the industry. We want you to be as proud of your lawn care company as you are of your lawn. 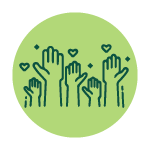 We’ve been blessed by this community and we want to be a blessing in return. After all, everyone knows it’s more fun to give than to receive. All Terrain annually gives back 3% of our revenue to organizations throughout the Fargo-Moorhead-West Fargo area through a combination of employee-chosen corporate donations and customer nominations.